The discourse and practice of transitions in global governance. An exploration of the international transition towards sustainable materials management

Since a number of years, ‘transitions’ have become a new buzzword in international policy documents. How can this widespread political appeal for a concept that proclaims fundamental changes be explained? Does it mean more than the superficial use of the word ‘transition’? To which degree is the adoption of a transitions discourse also translated into governance practices? This paper studies the impact of transitions thinking on international governance by looking at the discourse and at ensuing governance practices — i.e. principles, goals and instruments — of international policy initiatives. We conduct an exploratory analysis of one case study at the European level. The Roadmap to a Resource Efficient Europe is taken as the point of departure to study the EU’s flagship initiative on resource efficiency. That initiative, the EU’s environmental policy’s number one priority, suggests a strong awareness of transitions thinking and its implementation has given rise to a number of innovative governance practices, such as the European Resource Efficiency Platform. The results suggest that the permeation of the transitions discourse in international policy documents goes beyond the mere use of the word ‘transition’. The paper demonstrates that the awareness of the transition framework is being translated into a number of principles, goals and instruments. It is a first step towards a more profound analysis of international governance in the framework of sustainability transitions. Furthermore, the paper forms part of the broader debate on the scale and geography of transitions, as it studies the relevance of international steering initiatives and the potential of the transition framework to understand them.

Upscaling transition governance. An exploratory analysis of the Roadmap to a Resource‐Efficient Europe

With this paper, we join a growing group of scholars who criticise the transition approach, but retain a firm belief in its potential and a willingness to strengthen it with further theory-building. Our critique addresses the international character of sustainability transitions, which has been underexplored in transition theory. We feel that such a research gap is inconsistent with the theory’s purpose.

Transition theory has the ambition to analyse systemic changes in society. Until now, most transition studies have investigated national or sub-national cases, or changes within certain economic niches. We argue, however, that transitions are per definition transnational processes. Societal systems such as the energy or the food system are increasingly globalized, and the persistent problems that characterize them are linked to global production and consumption patterns. Furthermore, the economic structures and regulatory systems that are part of the dominant regimes, and the forces of technological development that are needed for transitions, are essentially international in scope.
Therefore, in order to understand the systemic dynamics of transitions, the theory should also look at international processes. Pertinent examples are the long-term roadmaps aimed at 2050 that the EU is currently developing and that adopt an explicit transition discourse (e.g. in the area of resource efficiency or low-carbon development).

In this paper, an exploratory analysis of the Roadmap to a Resource Efficient Europe is used to gain insights into how transition theory can be applied to international steering initiatives. In existing studies, international developments are often automatically considered as part of the landscape level of the MLP. An analysis of transition theory’s main heuristics tries to build a more nuanced approach. It thus wants to contribute to a more systematic study of international processes in the literature on transitions. 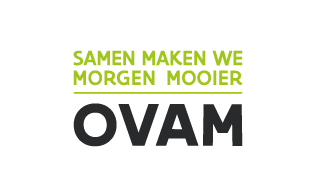 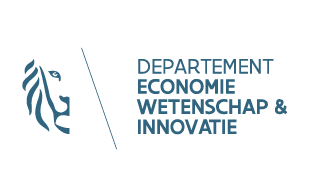